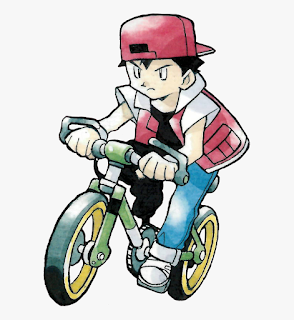 While I'm still trying to figure out where to take my next vacation, my cabin fever needs a snack to tide it over. Grand Forks, North Dakota (the closest major city to me) recently completed a bike loop that circumnavigates much of the city. So I loaded up the bike into the car and dragged my support team along for the ride.

It's about 20 miles long (~32km) and seems to be about my limit of what I can do in one stretch of riding. 20 miles isn't a terrible stretch for a newer rider, but my problem is that I'm a bit slow. It seems most newer riders move along at about 15 miles/hour (~24 km/hour). I usually clock in about 8 miles/hour (~13 km/hour). If I want to do a long distance bike journey, I need to speed up a bit.

So I set out on yesterday's journey with a goal of completing the loop at around 10 miles/hour (16 km/hour). Here's how it went:

Of course I did.

Weirdly enough, when I check my stats for the ride this morning, it actually says I hit 10mph on the mark. Perhaps science released an update to math over the middle of night.

They never release patch notes on these things.

In my defense, some of it is the bike. I hate to say it because it sounds like I'm blaming the controller for losing a game but hear me out. It's a commuter bike, not a touring bike. It's heavy. It might have been a battleship in a former life. It's ability to climb a hill is equivalent to before mentioned battleship.  Going above 20 miles/hour on this thing and it starts making noises you don't want a bike to make. Sitting on the bike seat is only mildly more pleasant than passing a kidney stone.

It is sturdy though. It chews up miles without complaint. On a long bike ride I am quite confident that I will break before it ever does. Buying a fancy, carbon-fiber, purpose-built, adjusted to my measurements bike will probably improve a lot about my experience. But with bikes still being ultra expensive at the moment, I think it still makes sense to do my learning on this bike and then upgrade when I have a bit more skill and conditioning to bring to the table.

Nonetheless, I'm trending in the correct direction and I'm confident that I can begin tackling longer rides sooner rather than later. I may be slow, but I am stubborn and have a great capacity for self-inflicted pain.

Bonus picture of a gopher that chattered at me while we both waited for the light. 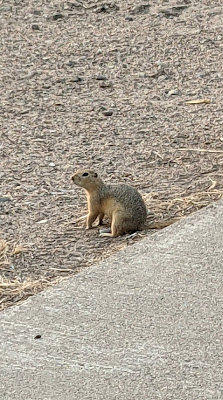