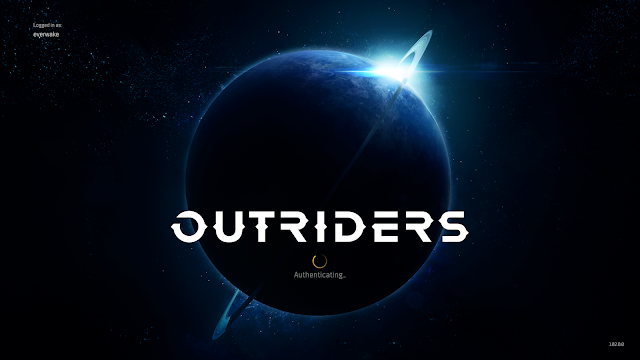 I'm not a big fan of looter shooters. I like looting well enough. I've done quite a bit of shooting in my gaming career. But I find when games combine the two it often ends up being less than the sum of its parts.

But Outriders was actually doing okay in my book. It is, like all of these games, a very slow start. But a couple of hours in and my "Trickster" was humming right along and playing somewhat fluidly. It also helps that the class is really just a combination of "Spin-to-Win" Barbarian from Diablo 3 and Subtlety Rogue from World of Warcraft. Two things that I like! It also helped that I was playing with friends I haven't seen in over a year. I like them as well! 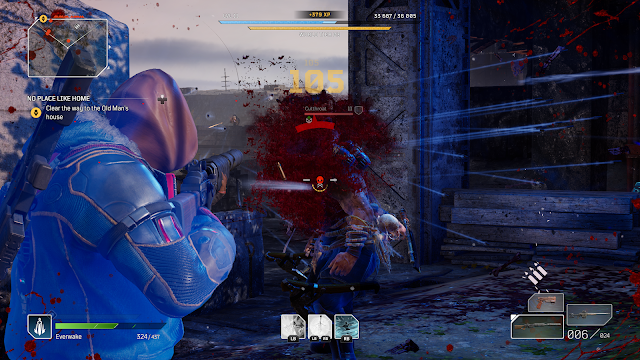 In fact the game is really just Diablo 3 with guns and a third-person perspective. The boss abilities are literally the same. The Torment system is the same. I mean if your going to steal, by all means steal from the best but maybe change a few things here and there, just to throw the people off the tracks.

Outriders doesn't have a lot of original thoughts. There are a lot of visuals that seem ripped straight from Destiny or Anthem. The snark versus snark grimdark dialogue could be verbatim from any AAA game in the past ten years. The shooting is a bit reminiscent of The Division, but the gameplay loop in general is much more aggressive and shines for it.

Unfortunately, Outriders is dedicated to following all the trappings of the looter shooter genres. It's broken at launch. I don't mean broken as in one spec is way more powerful than the others (although it has that), or glitches have been found that allow for insanely fast leveling and gearing (it also has that). I'm talking about being broke-broke.

I read the rumors on Reddit. At random times your character can be disconnected from the game, and when logging in again you find all of your gear missing. Even worse, you won't be able to log in to that character without getting immediately disconnected. The developers confirmed there was a problem but I didn't think a whole lot about it. Gaming forums have a tendency to ...amplify... the negative. I presumed actual data loss was a relatively rare phenomenon.

Obviously you know where this is going. Here is my character in his space underwear. 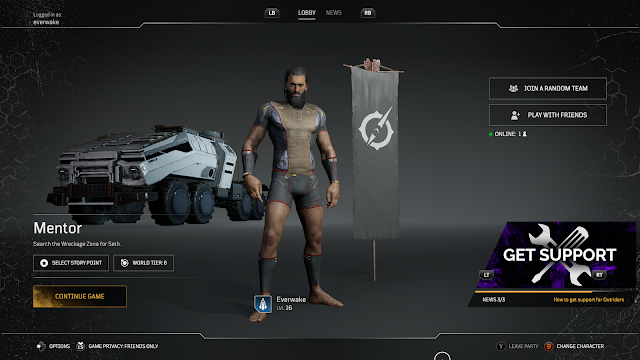 Even better, the developers have chimed in to let us know that not only is it likely weeks before we get characters playable again, but they will only be replacing epic and legendary gear. And by replace I mean with random gear. Not the gear you had. So when my dude emerges from purgatory, he will be doing so mostly naked and completely ineffective. Neat. 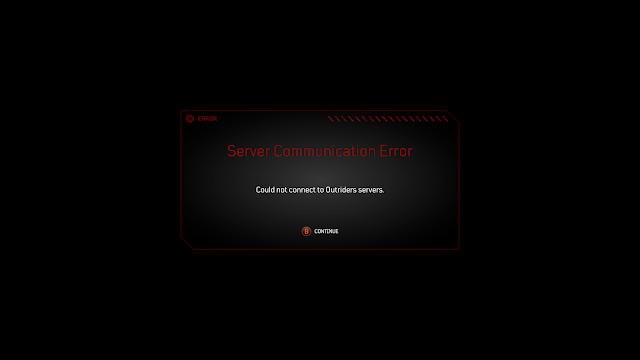 The looter shooter genre is very crowded. The action RPG genre even more so. Outriders had an uphill battle before all of this. We've seen games outlast their meme status before like No Man's Sky. But we've also seen them just die on impact like Anthem. It'd be nice if they can salvage this game and turn into something worth people's time. But I'm not holding my breath.