This game launches a lot.

At this point I think I've developed an affinity for the series out of sheer name repetition. You can certainly drum up articles about your game on MassivelyOP if you're re-releasing your game every 3 months. But Bless kinda gets mixed in my head with a host of other action RPGs from Korea. Combo based combat, threadbare story, good but generic looking graphics. Gun to my head I could tell the difference between Bless, Blade & Soul, and Black Desert Online from screenshots, but I'd have to think about it. That's not fair to any of those games, but it's where I'm at.

The ever generous Belghast gave me a game code for the Bless Unleashed closed beta test last weekend. This is the PC version of the reboot. A couple of months ago I had participated in the the Xbox One beta and found it to be perfectly fine. But something in my mind resists playing MMOs on consoles. Anymore, I resist long play sessions on consoles at all. So I was eager to give the mouse and keyboard version a shot. 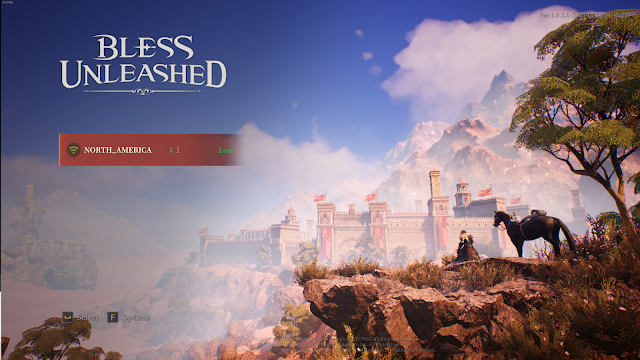 And it's...still fine. I played a mage this time to get a feel for the ranged combat. The bulk of attacking happens with the mouse buttons. The number keys have a small number of important abilities. The 1 key had a powerful AOE attack and the 2 key had a ranged instant nuke. But the "filler" abilities are all on the mouse. 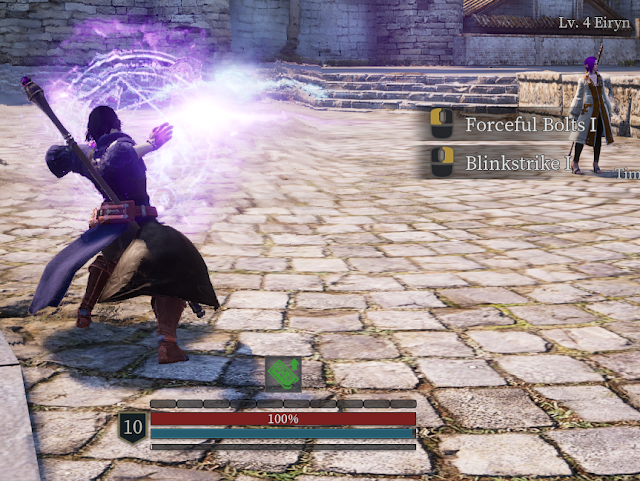 You start off attacking by lining up your mouse cursor on an enemy, and then pressing the left or right mouse button to start off the combo of your choice. Right-click on a mage starts a fire-based string of attacks, left-click offers attacks with a bit more versatility. A popup shows the available options to you after every button press, again, left or right click. You can interrupt and end your combo at any time with the hotbar abilities.

You get more options on your combos as you level up. You start with basic nukes but eventually get more utility. For example, Blinkstrike unlocks around level 5ish and acts as a decently damaging AOE attack. But it also teleports you in front of the enemy, which is normally not where you want to be as a mage. But additionally it also acts as a push back and returns your mana. I used it a lot when the enemy was already on top of me. There's a decent amount of decision making baked into the system. You can mindlessly grind and play well enough, or be more attentive and grind more efficiently. I have room in my life for a system like that. That said, it's not an overly complicated system. Most button presses are just different names for a generic missile-like nuke.

I would prefer this to all to be on the keyboard but it works well enough on the mouse. As the picture shows you have an evade button on your spacebar you'll use often to dodge enemy attacks. It feels fairly responsive, but once you enter combat your character slows to an absolute crawl. The mage gets a blink spell in addition to the evade button so you can certainly maneuver around enemy characters. But the slow speed in addition to how long it can take in between fights to get your movement back make the game feel sluggish when grinding. I think other games in this space like Black Desert Online feel a lot better moment to moment because of this.

There are talent trees but they are mostly perfunctory from what I can tell. You'll be able to unlock everything eventually and a lot of the abilities add little to your character. I'm unclear on how exactly you customize your character, of if much of that is in the game at all. 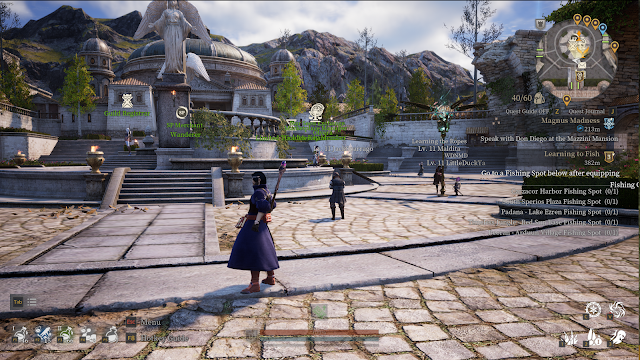 It's definitely a console oriented MMO and the controls are a bit clunky because of that. But not overly so. It could use some fine tuning here and there. Picking out teleport spots on the map is sometimes difficult because icons overlap each other. The text speed on NPCs is slow and the skip dialogue button often doesn't work. Mob audio seems to stack on each other without any blending, meaning that busy parts of the zone were so loud I had to turn down my speakers. But I can't recall any graphical glitches and nothing was particularly game breaking.

Would I return to it? I very well may. New MMOs (or at least, re-released MMOs) are rare enough and its always fun to be in on the ground floor of a launch. I'm not sure if anything from Bless really stands out, but it's seems fun enough to give it a try when it eventually launches for real. The devs on their Discord were throwing a March release out as a tentative goal, but nothing was formally announced. The console release had a two week head start package and I suspect that's the direction they will go in for the PC release. We will have to see how much that costs. If it's less than $35 or so I'll consider it. But jumping in for the free-to-play release seems more likely.