Typically, the peak of my gaming happens in early winter as I avoid the cold real world for the warmth and coziness of the digital one. But this year, obviously, has been different in so many ways. The inside of my house's walls have become a bit too familiar this year, and I think that's messed with my normal routine.

I also had to deal with a kidney stone last week: painful enough to send me to the emergency room and large enough that I needed surgery to remove it as it began affecting my kidney function. Thankfully, the matter has been resolved and I've seen to have avoided contracting coronavirus from the hospital environment.

But there is one bit of gaming that marched on resolutely, our weekly Among Us session on Saturdays.

Part of my friend group from college got in to the Among Us craze a couple of months back. We've been playing diligently since, accusing and screaming and murdering one another in deep space. 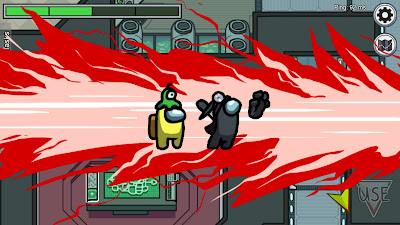 The game scratches a couple of itches for me all at once.

Firstly, it's social at a time when I'm unusually desperate for such a thing.

Secondly, it's strategic in a way I've personally never encountered in a video game before. We played a few games of Mafia back in the college days, but the whole 'social deduction' gameplay style has been a wonderfully refreshing twist for me. It still asks for some of my old skills, particularly being mindful of spacing and keep track of multiple player's pathing that remind me of my old Counter-Strike 1.6 and World of Warcraft Arena days.

And lastly, the game isn't mechanically complex like Counter-Strike and WoW are. I was still able to play and contribute even when zonked out on industrial-strength pain-killers. People in our group who have never played a video game before are able play using their iPads.

The meta our group is forming has been genuinely interesting to watch unfold. I'm one of, if not the strongest players. But when one of our causal members playing on their smart phone is able to outwit me you can feel their genuine happiness and I feel genuinely happy for them. The game gives people a chance to spotlight their cleverness in a way that feels organic. The 'good game's at the end of the night aren't polite and perfunctory, you mean it. 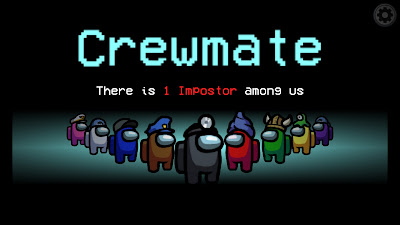 2020 has forced me to approach gaming in a way I normally don't. I've played Stepmania on a dance pad, Gran Turismo on a full racing rig, exercised with Ring Fit, and so on. I've rediscovered the fun in online gaming; a matter I thought I had tossed away more than a decade ago.

It's a weird year that's given me a bit of a new perspective.