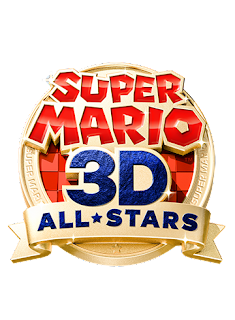 It's a game with some detractors.

I didn't use to be one of them. I played Sunshine back during it's GameCube heyday. It was a rare bright spot for an anemic console library. It was bright and colorful at the beginning of an era where browns and greens were the norm. The music is impossibly catchy and the tropical vacation theme is sometimes just the right feel when the real world is covered in snow.

But as a game it leaves a lot to be desired.

Even back in the day, Sunshine gave teenage me an observation. Sunshine's controls aren't bad in a vacuum. The problem lies in what the designers ask of the controls. Making minute controls to Mario's position is a problem. Light taps to the control stick are inconsistent in both which direction Mario ends up facing, but also what animation will trigger to get him there. Sometimes Mario simply turns like you would expect. Other times he takes a wide berth to get turned around, more boat than human. This isn't a problem, unless of course you design levels that require pinpoint precision with the control stick.

Platforming isn't a problem ... when it works. When you've designed the environment to give spatial cues as to where Mario is in a 3D environment? When you design the levels to give room for the camera at angles you can expect players to want? When you have a gradual difficulty curve that slowly introduces features and controls? Then platforming works.

Not only does Sunshine not handle these things, it actively shuns them. Similar looking platforms will be placed together, except farther platforms will be physically larger, making them seem closer than they appear and making jumps fiendishly difficult. Poor camera angles increase as you get further in the game. Nintendo clearly believes that fighting the foibles of the game's engine to be the core gameplay loop.

In fact, the designers clearly believed the weaknesses of the game engine was the most ripe for mining content. Even the smallest quibbles exist to be exploited for "challenge". For instance, talking to NPCs is a little off. You have to stand a little too close and there's a beat of lag from when you approach an NPC to when you get the "A" button indicator to talk. It's such a small thing that there's no real reason to even think about it.

Except, of course, in the level that relies on this clunky behavior in a timed mission.

But even fundamental concepts to a platformer are clunky as well. Momentum feels particularly unusual. Like illustrated in this playthrough of the infamous "Pachinko" level. (NSFW language). Momentum feels really off when jumping from one moving platform to another. You can see this wonkiness clearly on the boats around Delfino Plaza. In real life, if you jump up in the air on a moderately quick boat and you'll simply jump up and down like 'normal'. Momentum is relative to self. In Sunshine, it sends you flying backwards in an unnatural way. The developers count on this fact during a particularly obnoxious part of the game where one must jump from tiny boat to tiny boat. Missing requires restarting the very long sequence all over again. The problems with momentum are omnipresent, most of the difficult challenges in Sunshine involve moving platforms, it's a very core part of the game.

So that teenage observation? Many games, particularly in Sunshine, seem to have a divide between the designers and the programmers. The designers in Sunshine have a lot of level design ideas that seem good on paper. Such as navigating a boat using your water pack for momentum. But when you have to actually execute them in game it's a terrible experience. The designers are writing checks that the programmers couldn't cash. No one with any pull played through Sunshine and asked, "Does this kinda suck?" Sunshine's development feels like it was dictated to the dev team by someone who never played the final product. With an overhaul of the jumping and camera systems that underlie the game, Sunshine could be a fun and imaginative platformer. But that's not the game that was shipped