The newest in the Trackmania series launched today. My first impressions?

It's a mild disaster. 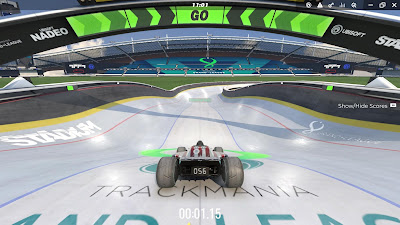 I'll talk about the particulars in a bit. But I want to broach something broader.

For months, every time I launch a new title I feel like I'm being served a lukewarm meal with the chef's hair generously sprinkled throughout. And the waiter is surly. And where was the bread that I ordered?

If you read this blog it's probably easy to assume that I just hate video games. Or at least that I'm an overly negative person in all aspects of my life, but I really don't think that's true. I'm certainly not accentuating the negative for clicks. I'm just tired of every game being a compromise of developer effort and business model.

So I'm sorry for the rampant negativity. There's enough to be negative of in the world right now and you probably don't need anymore. But, I'm pretty disappointed at how badly the latest releases have panned out, and I feel the need to explain myself.

To start with, Trackmania is a racing game franchise. It separates itself with an addictive, arcadey racing style that concentrates on repeating individual levels until you get the lowest track time possible. You do not physically race against other players, you only see their "ghost"; either in real time on a live server or a recorded version of their best lap time. Imagine a game like Super Meat Boy, where you attempt a difficult stage, die, respawn immediately, and continue trying again and again until you get it right. That's Trackmania, except as a racer instead of a platformer. 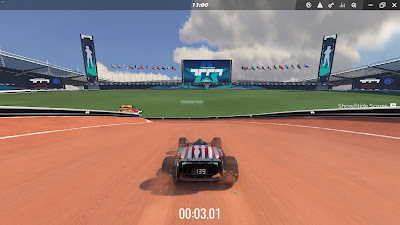 The franchise has been coming out since 2003. I've been playing it about that long. I love both the feel of racing in a video game and the drive to improve incrementally improve myself on a difficult, but doable challenge. Needless to say, Trackmania is right in my wheelhouse.

So I'm quite disappointed when I pay my $10 "subscription-but-not-a-subscription" fee and find the whole thing extremely lacking.

This isn't a joke. This is something a grown adult wrote on the Internet for other people to see. You know an explanation is good when it starts with the word "Actually". 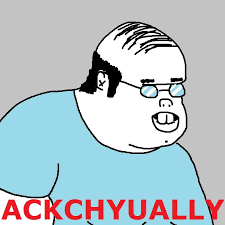 So we're not off to a good start. When you're already bullshitting every human on earth before your game is released, it doesn't exactly bode well for the critical thinking that went into the making of the game either.

At this point, I probably should have just noped out. But all I really wanted was a "level pack". Like back in the day, where you bought a game, and then occasionally the developers or a third party would throw a bunch of new levels or tracks onto a disk (or disc), charge you a nominal fee, and you got a bunch of extra content. That's all I wanted.

I didn't even get that. 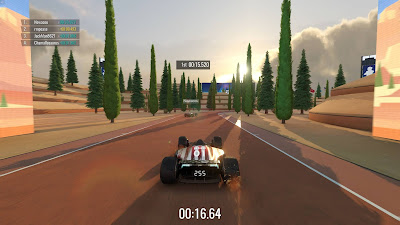 The game launches with about 50 tracks, plus drip feeds us one more a day and maybe an extra 20 or so every month. That is not a lot of content. They're obviously counting on the community to make the rest of it, but considering there's more player-made content in the Trackmania franchise currently than any human could possibly play right now, it's not that appealing of a prospect. I wanted to see what professionals could do.


But even the tools for players to make their own tracks is underwhelming. What did developer Nadeo spend their time on? Ice physics apparently. A handful of gimmicky "power-ups" or "power-downs" and ice physics.
Nobody, in the whole history of video gaming, as ever wanted to play an ice level. Ice levels exist for one reason only: for unimaginative developers to add another bullet point to their list of "features". That's it. This is a theme I talk about again and again on this blog: "features" in video games that exist purely for the benefit of the developer that no player wants. 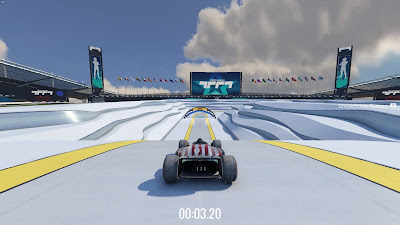 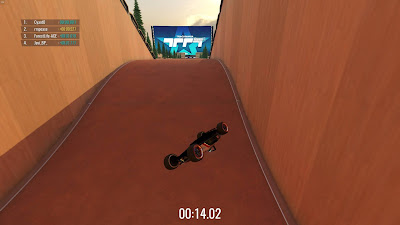 This is the least-featured game in Trackmania history. They've removed terra-forming in the editor. There is no developer content, and what little there is available is being dripped-fed as part of the subscription model. Customizing your car, which doesn't even currently work right now, is hidden behind yet another pay-wall: $30 a year to be precise. The UI is an amateurish mess. They've removed the first-person camera angle for "simplicity's sake", as if human-beings don't live their entire lives from a first-person perspective and would somehow be confused by it.

At least with the Command & Conquer Remaster there was visible effort from the developers. The graphics, sound, cinematics, and netplay were all upgraded. None of these things matter of course, because the gameplay is too archaic and buggy to enjoy. But it's certainly not inconceivable that someone with enough nostalgia or self-hatred could actually finish that game, and be appreciative of the work that did go into it. 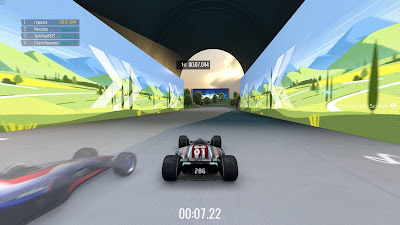 But Trackmania is a literal step back in every sense. Every feature, every graphical detail, even the business model, are worse than Trackmania products that already exist. The only purpose of this game is to generate revenue for developer Nadeo and the publisher Ubisoft. The only possible benefit for the player base itself is that user content will be made here instead in one of the other games. But that's not a feature, it's a haranguing.

For $10 a year, or god forbid even more, Ubisoft wants a cut. It's unclear what they are providing in exchange for that $10 a year. In defensible just how little Nadeo has done here. It's been four years since the last Trackmania game. What could they have possibly been working on in the mean time? 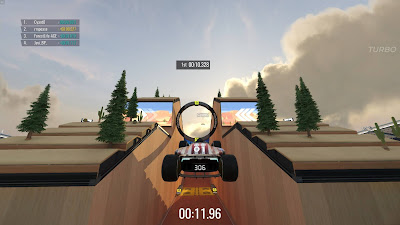 Oh and did I mention that the game currently has a bug. A teensey-winsey little bug.

It doesn't save progress.

In a racing game that is fundamentally about high scores, Nadeo released a game that doesn't keep track of your high scores. 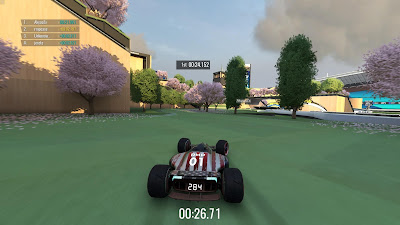 The developer swears that it's just a synchronization bug. Your progress is being saved somewhere in the ephemeral cloud and will be brought back at the right time.

Let me correct that. A developer, on an unverified Twitter account, that I had to sort through an unofficial Trackmania Discord server to find, says that's the case. He says it will be fixed in the morning. He has corrected himself and no says it will be corrected in the afternoon. It is now currently 7:00PM for the developer on the second day of this game's launch. There is no official word from Nadeo or Ubisoft on why the most basic feature this game could possibly have is not currently present. There isn't even an acknowledgement of it. No review of the game currently acknowledges it. Downloading the game puts a large disclaimer on your screen saying that you can't refund the game.

Note: Literally 3 minutes after I posted this blog, Nadeo pushed an update that seems to fix some of the synchronization issues I complained about here. Except, of course, it didn't fix it at all. The game continues to be unplayably broken.
Posted by Everwake at 10:07 AM