Getting enough exercise is always a challenge in the best of circumstances for me. But in the midst of a pandemic when my fellow countrymen are dedicated to spreading coronavirus and quickly and efficiently as possible? Doubly so.

I was in the habit of taking some long hikes but the brutal Minnesota humidity zapped most of my motivation on that front. StepMania (or Dance Dance Revolution) is a good cardio workout, but finding songs that are actually playable continues to be a challenge.

So I solved the problem the Everwake way: with another gimmicky video game peripheral.

If the name doesn't immediately leap out to you, it's the game that pairs your Nintendo Switch joycons with a plastic ring and a leg strap. 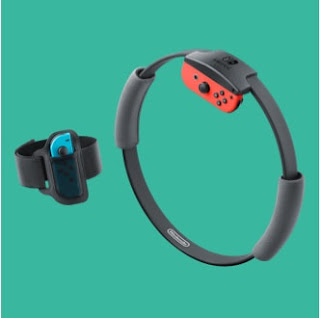 Ring Fit uses the accelerometers in the joycons to measure your movement. The leg strap is used for running in place or exercises like squats, while the ring is used mostly for resistance training. The ring is surprisingly sturdy and bendable. You can squeeze the ring all the way in, making opposite sites of the circle touch, and you don't feel like you're breaking anything. As a medium sized man it provides plenty of resistance to get a decent workout in. 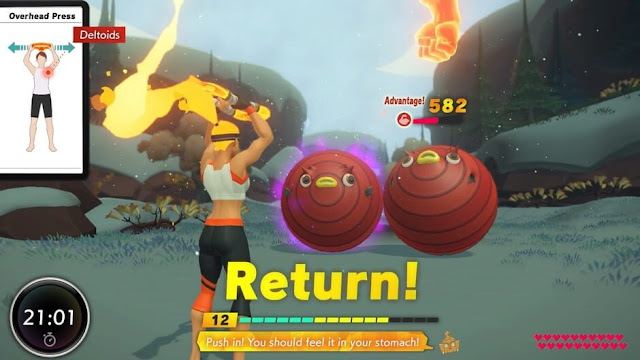 Is it a "good" workout? Probably not. But it is exercise which is better than the nothing at all I was getting before. Some of the exercises are clearly more effective than others. Some of the more "yoga" exercises don't seem to activate anything in my core. Others, like squats or anything to do with pushing and pulling on the ring make me sore the next day. 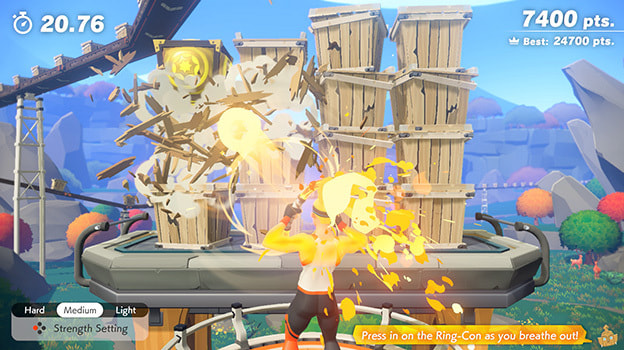 It's a casual game through and through. There are RPG and mobile game "runner" elements. You gain levels which increase your defense and attack stats, which make the set battles in any given level on the world map easier or harder to do. Attack in battles come from individual exercises. Turn 1 you might select a sweeping motion with the ring to do AOE damage to multiple enemies. They attack on their turn and you have push the ring horizontally into your stomach, pushing as hard as you can to get more defense. On your next turn, you'll need to select a new attack: the AOE attack is on cooldown. I usually pick individual exercises like squats, leg stretches, etc. do single-target the enemies down after that. 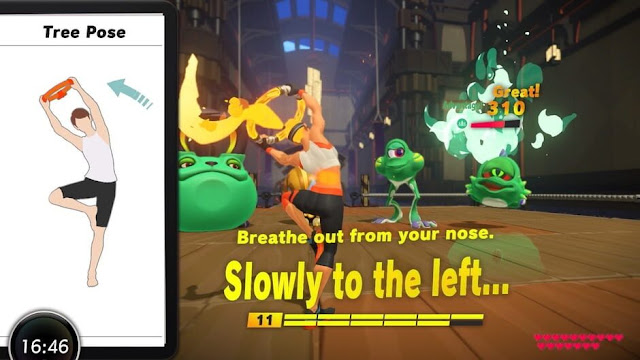 In between battles, you run in place as your character runs through the level. You push and pull on the ring to interact with the environment, collecting coins, health, and experience. You also sometimes have to run through "mud", meaning you need to high step it in real life, or conveyor belts, which force you to run harder in place.

Gaining levels sometimes unlocks new exercises that you can slot in your attack options. I'm level 10 and have only received two attacks though, so it doesn't seem like there is a lot of variety in the exercises. But maybe I'm wrong and the pace picks up later on. The media kit screenshots seem to suggest as much. 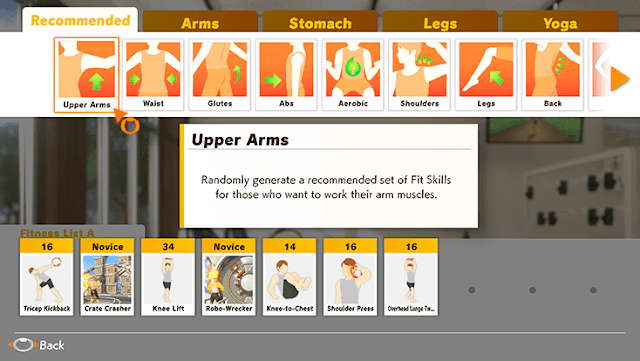 It's about what you would expect a game like this to be. 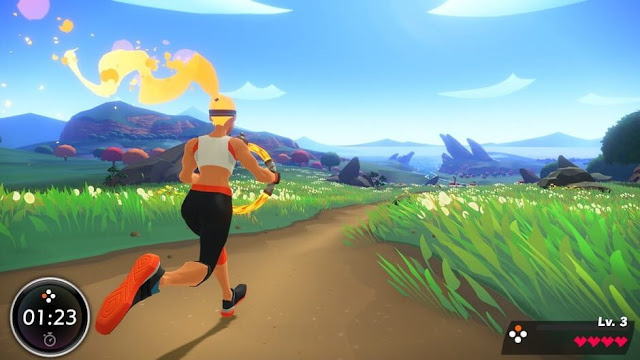 And that works fine. I don't know if I'm having "fun" with it, but I'm not really playing it for the fun. It's exercise and its vastly more interesting than running on my treadmill. I can see it getting boring in the future, and it'll eventually get thrown in the video game closet with other gimmicks like the Donkey Kong Bongos and the DS Guitar Hero game.

But for now I'm committed to making it a daily activity and it's nice to see a video game company think outside the box. I think the ring is actually a pretty well made piece of equipment. Unfortunately, the joycons are not as sometimes lose track of my position or just flat out desync themselves from my Switch during movement. But it works a vast majority of the time.

If you're desperate to work out at home and are bored to tears with normal stuff, I think it's a perfectly good option. Particularly so if you have a soft spot for gimmicky technology.