It's Certainly Been a Week

I have admittedly not played a lot of video games recently. Some stuff here and there:
But the weather and the news cycle has changed, one for the better and one for the worse, and video games are just not a priority for me at the moment.

The weather has been clear, sunny, and not too warm. My energies are feeling a bit pent up from having to stay inside because of the Minnesota winter followed by an Earth plague. There's a trail just outside of my town that goes on for about 50 miles. I have a long-term goal to walk this trail one day. With proper conditioning, and some good equipment, this can theoretically be done in two days. But these legs of mine have sat for about 6 months so it's time to get them off the couch and into the game. 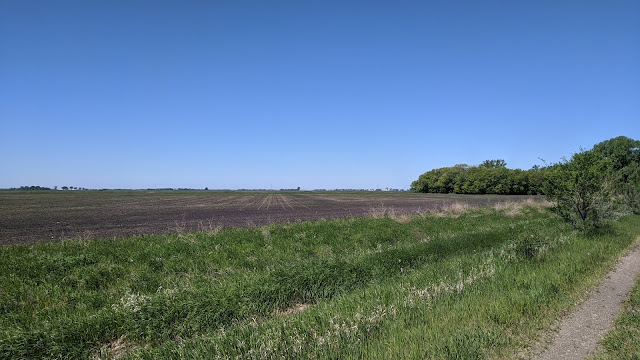 The first outing ended up only being two miles. I decided to take Herbert the EverDog on my journey. She's a trooper, but unfortunately, her tiny Corgi legs aren't really built for distance. We just about made it to the first mile marker when she needed her first break. 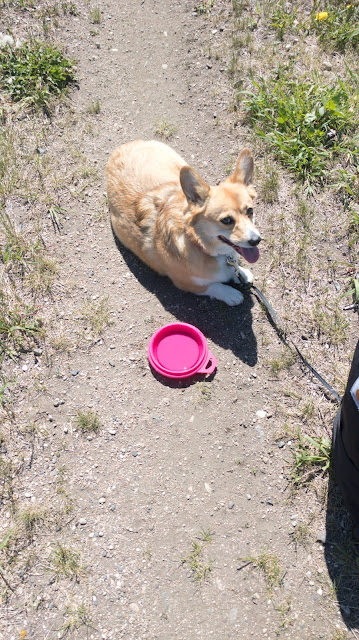 We just about made it back to the trailhead when Mrs. Everwake rescued us with the EverCar. She took a big nap after that. The dog that is.

The second day I did about 7 miles. I could have done more but I didn't think to pass a lunch and it turns out hiking eats up a lot of calories. I did manage to go at about 2.75 miles per hour, which is a perfectly good pace, assuming I can actually keep that up for an entire day. I'm eager to get back on the trail. There's a small town about 20 miles into the trail that I would like to make it to next.


But that project has to wait at the moment because one of my basement walls is curving in a way that I find most unsettling.

We've lived in our new house for less than a year and during the winter the basement wall has begun bulging a fair amount. It wouldn't be super noticeable if I didn't have a tall bookcase up against the wall. It's not super uncommon for foundations to move around where we live, my wife, who happens to be an academic in these sorts of things, says the soil is just like that.

It's also causing problems around the house, some of the main floors are uneven, the driveway now slopes down towards the house (channeling water the wrong way) and the garage floor has giant cracks in it.

So the first of three contractors comes today to give us an estimate on the damage. Hopefully, it's only a couple thousand dollars which is a hit we can afford to take. But foundation problems are the most expensive of any house repair problems so it's not unheard of for the final price tag to be in the tens of thousands.

The joys of homeownership.

Hopefully this is just me overreacting and the problem really isn't a problem. Me and the wife have rented for most of our ten years together so it's tough to get a baseline for this stuff. And Google searching the problem leads to a bunch of SEO-optimized crap that doesn't actually help at all, so we are at the whims of the advice of contractors who are here to make a buck off of us. Not a situation I'm loving.

WARNING: POLITICAL RANT BELOW
I've written and rewritten a couple of paragraphs on the protests surrounding police brutality in my country about a dozen times. If you're not interested in anymore discussion on this, now would be the time to close the tab. As someone who worked in the public-sphere, particularly in one of the major cities that's seeing protests right now, I can only say that this is the inevitable happenings of what has been wrought.

From my own perspective, police misbehavior is systematic because large swaths of our country view it as an essential feature. I think this Twitter thread from one Minneapolis' councilmen is a quick view into why this is such a difficult problem to solve.

My own, summarized view, is:
So this situation is going to get worse before it ever gets better because one side is essentially trying to remove a well-entrenched, well-funded, and well-motivated enemy. The other side will defend themselves with a religious zeal because they view "law and order" and "patriotism"  as their exclusive domains, and any criticism of that is a direct attack on them as people. With the demographic shifts in the USA, the Republican Party is forced to resort to more and more desperate power grabs to maintain influence as their ability to win elections becomes diminished. Both sides are scared, and both sides are flailing. And that means it's only going to get messier.
Posted by Everwake at 6:59 AM