Either Microsoft hands beta invites out like candy or I'm on somebody's good side, because I find myself getting email after email inviting me to this beta or that. Except for the one Microsoft beta that I actually want to be on, Microsoft Flight Simulator 2020. I'm never happy.

Today's invite was for the Halo 2 beta on Steam. That's not very exciting as I was planning on playing it anyways. Might as well keep that one in the back burner until it's actually released.

About a week ago I got notice that I could start playing the Minecraft RTX beta. My qualifications are the ownership of an RTX 2080 and my ability to navigate the labyrinth that is the Xbox Insider software program.

I'm a poor Minecraft player. I lack creativity, patience, and am a graphics snob. Not a good combination. But the trailer NVIDIA put out for the RTX beta did look good.


RTX for the record is NVIDIA's take on ray-tracing, a fancy graphical upgrade I'm not convinced anyone actually understands. But it supposedly does some very smart things with how a computer renders a game to your monitor. And all this cleverness allows game developers do some beautiful things with the lighting.


Despite being a major selling point for NVIDIA's high-end graphics cards, less than 10 games actually take advantage of it any major way. But the games that I have played that do take advantage? They are drop dead gorgeous. Battlefield 5 and Anthem genuinely feel on another level from other games I play on this machine. I don't know if that's RTX or just having access to sky-high production values. I put 30 hours into Anthem, which is just not a very good video game, because the graphics were just so damn pleasing to look at.

So what does ray tracing do for poor, homely old Minecraft? Here's a somewhat unfair comparison to start with. 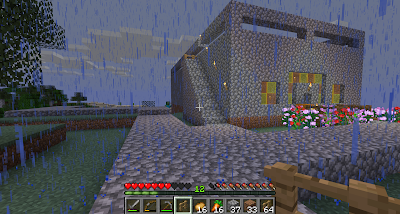 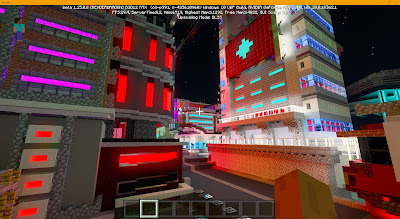 Obviously, some of that's superior level design. The top is my work and the bottom is whatever professional NVIDIA contracted to. But you can see both the changes in the lighting and in the textures. 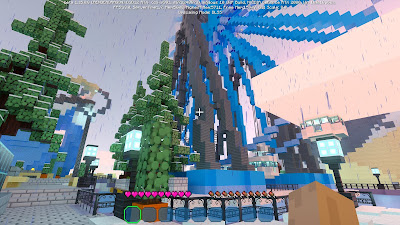 I'm not sure if screenshots do it justice, it might be worth finding a YouTube video or Twitch stream of it. Just tweaking the lighting in a game doesn't seem like it does much. Even from a screenshot  there isn't huge differences. But in motion it really is impressive. Both the PS5 and the new Xbox will be using ray-tracing so I'm quite excited to see the technology gain some momentum. 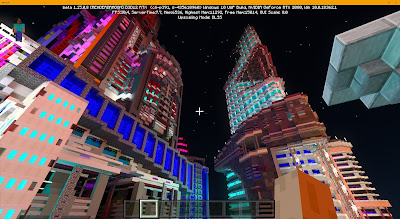 The downside to these improved graphics is the major performance hit. My rig plays normal Minecraft in the hundreds of FPS. With RTX it's about 30fps. The difference is noticeable while playing and if I have to choose between ray-tracing and 60fps I think I would lean towards ray tracing.

So that's ray-tracing in a nutshell, interesting and full of potential, but currently not much to write home about. Like HDR, it's not really one specific technology but a handful of different technologies that all fall under one umbrella. And like HDR, hardware and software developers are going to take advantage of ray tracing to various degrees. I hope the new batch of consoles will make the premium those of us with RTX cards spent worth it.