My impromptu blogging vacation is over. I was in a bit of a pandemic rut and didn't have much to say. I was gearing up for a post a day for Blapril. But in reality I don't think that creates the quality that I want. This blog has mostly been a demonstration on what I don't find to be quality. I'm working on it. 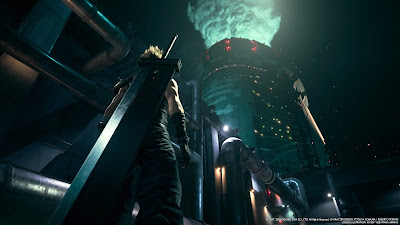 Final Fantasy 7 Remake. I'm about an hour in. It's fine to great so far. Seeing the old stomping grounds realized in 2020 graphics is nothing short of a treat. That's said the characterization of both Barrett and Jessie are just awful. Barrett's voice actor is actively bad.

I'm still getting used to the new combat system. RPG developers deciding they make action games now rarely ends well, and so far the combat has been a sloppy mess. There's an ability to effectively enable turn-based combat, but it automatically drops the game into easy mode. I'll keep with it for now. Who knows, maybe the game adding even more shit going on during battle will cause the chaos to work better (Spoiler: It won't.)

Animal Crossing. I'm starting to sour on it a bit. What the developers thought they delivered was a life simulator of some sorts. In reality, it's a fairly thin collection of game systems that kinda sorta fit a theme. I'm amazed at just how little this franchise has evolved from the first time I played it back on the GameCube. I mean, there's more stuff, there's more substance, there's more ... something. But this franchise is iterating so slowly it makes you wonder what in the hell the developers were doing all this time. Between this and the anemic Pokemon Sword/Shield release I have to wonder if Nintendo caps every development team at 40 people or so.

It's a great place for a developer to be, able to sell millions upon millions of copies while not actually doing a whole heck of a lot. The problem is that eventually people do notice. And people tend to notice it all at once.

On an unrelated note, I wonder how the last patch for Battle for Azeroth is going. 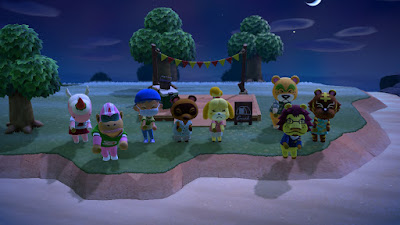 I guess, more specifically, it's a game about nothing delivered with as much time wasting tedium as they felt they could get away with. An uncharitable description of a game I am somewhat enjoying, but I don't think anyone would call me wrong. What I once thought was excellent 'pacing' just turned out to be a harried director making "stretch for time" motions to the actors on stage.

Why does it take three trips through the dialog tree to start another round of the Fishing Derby? Why can't I craft multiple items at a time?  Why do I have to go back and repair my tools multiple times in a play session? Because someone at Nintendo EPD either really cared or really didn't care.

Anyway, I am still somewhat enjoying my time. It's a resolution of mine, trying to enjoy things despite their flaws. It kind of feels like I'm doing someone else's work for them. But I'm overly critical, all the time, and it keeps me from enjoying most things. At least that's what my wife thinks as she destroys my kitchen for the 21st time this sequester.

I caught hundreds of fish to take first prize in the fishing derby last Saturday. 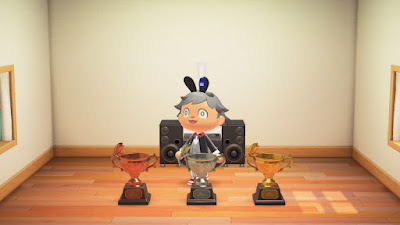 I found and crafted every Bunny Day recipe, making me the winner. 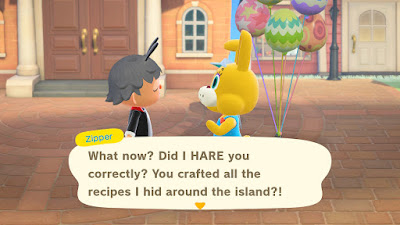 I got my boy Scoot to move in. 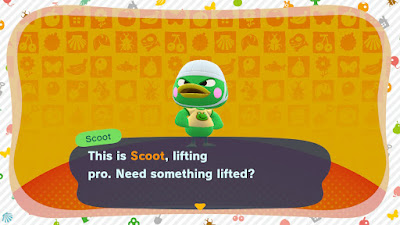 I'm about to unlock terraforming finally and "beat" the "tutorial". After that? I guess I'll go decorate. I should take back my game developers being lazy comment, at least a little bit. The art department for this game clearly worked their asses off. You can decorate the absolute shit out of things, But I really do hope the developers have some major patches planned, although it would be the first of any Nintendo game that I can remember to do so. 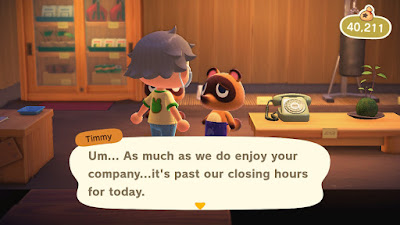