Human history is filled with records of desperate humans resorting to unthinkable acts in times of great distress.

On April 2, 2020, Mrs. Everwake and I were driven to an act of madness. Pushed to do so something so unthinkable that no one else as ever even attempted it.

We launched a game other than Fortnite from the Epic Games Launcher.

Scrolling through a list of games that were once claimed, but never installed, never thought about, lost to the obscurity of time, I chose a recent selection. Totally Reliable Delivery Service. Why? Does the hyena know why it laughs? Does the desolate night consider it's own darkness? Will Tim Sweeney ever stop lighting money on fire? Some questions are simply unanswerable.

It's a physics sandbox along the likes of Goat Simulator, which I never played. The difficulty of basic movement is what makes the game what it is, but it also makes the game tedious to accomplish a specific task. The Mrs. and I quickly abandoned the pretense of delivering anything and simply ran around the map.

We found a draw bridge and raised it to it's max height. Then we got into the delivery truck and ramped over it. I made it, the wife didn't.

Respawns are quick and fast. So on we went.

We found a lovely boardwalk with a Ferris Wheel. She got in a cart and I turned on the power. Due to the difficult nature of the controls, she didn't get exactly into the cart. 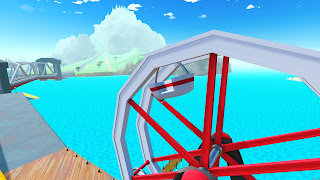 Then it was my turn. 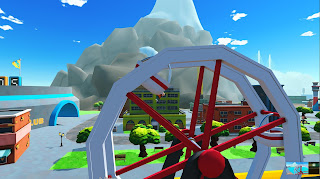 And on it goes. There seems to be maybe 40-50 little diversions on the island, either a new vehicle or perhaps a playground. 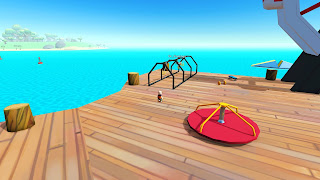 Eventually, the wifey and I found a hot air balloon and went for a little ride. 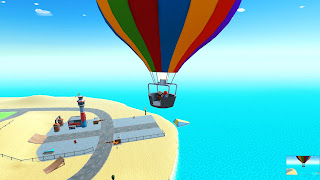 We tried to drag race a blimp but lost. 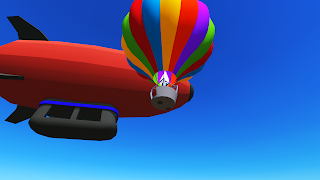 Then we found a light house and decided to end our hot air balloon ride by playing lawn darts. 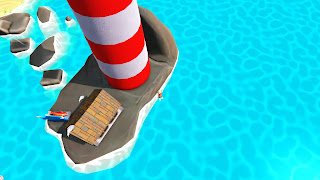 We were the darts. We also missed.

We then found a mountaintop campground. Mrs. Everwake elected to take the sled down. 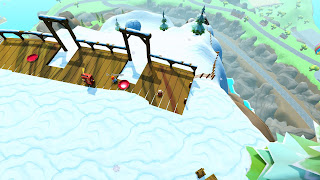 I went for the hang glider. 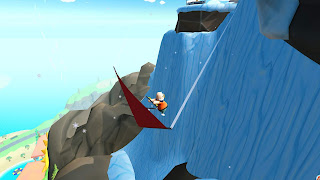 Not surprisingly, we got separated. I found a rocket base and figured that would be an expeditious way of getting back together. 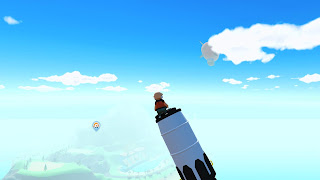 It of course, ended exactly how you thought it would. 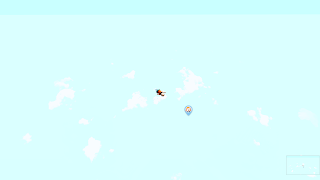 After testing the limits of the game's verticality, the Mrs. pointed out the difficulty of topping a rocket ride to the stratosphere. We played for a little under two hours and feel we got our money's worth. Which, for the next week is free on the Epic Games Launcher and also included as part of the Xbox Game Pass. I don't particularly think it's worth paying for, but it was a fun mini-date night in the middle of a quarantine.
Posted by Everwake at 8:32 AM