Genshin Impact - How many times can I say Breath of the Wild?

March 26, 2020
Like most beta invites that arrive in my inbox, I don't think I signed up for the closed beta of Genshin Impact. (It's possible that I did and just don't remember it.) But it arrived at a good moment as I obviously have nothing but free time right now. At first, it seems to be another generic anime-esque MMO offering that I would otherwise ignore. But having played it for a couple of hours it really is quite different. Well different from a generic MMO. In fact it's not an MMO at all. It's a rip off of Breath of the Wild. A fairly stylish looking one though.


It really is anime Breath of the Wild. The main difference is that Genshin Impact actually uses anti-aliasing and Breath of the Wild doesn't drop to single digit frame rates in the open world. It's closed beta so maybe they will get that bit sorted before launch, but nothing should ever chug on my RTX 2080. 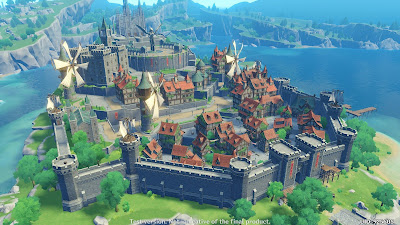 I do think the combat feels a little better here than in BotW. Perhaps I'm more comfortable with keyboard and mouse controls. It doesn't have Nintendo's newest addiction, weapons that break every minute, so you can actually play the game without fumbling through the menus all the time.

(RANT ALERT: I HATE, HATE, HATE this constantly breaking weapons nonsense in BotW and Animal Crossing. This "feature" is a gigantic hassle that exists only to make the developer's lives easier. A developer can promote using a variety of weapons the same way Doom does it, by making certain weapons effective against certain types of enemies and in certain types of situations. You can stimulate an economy by making a large variety of interesting weapons, tools, and objects that you genuinely want to craft. But that's hard to do and taking away something you already have is much easier. If you don't mind it now, you're going to hate this stuff too when every game developer is copying it into their games in 5 years.)

Now that I know it's a single player game, I'm going to stop playing it and just wait for a full release. It's something to keep an eye on, but I suspect I may wait for it to go on deep discount instead of pre-ordering. I didn't love Breath of the Wild for any number of reasons and I have my doubts if I can take the overly cutesy anime aesthetic for long periods of time.