Black Desert Mobile for the Holidays

I had the first paragraphs of a draft about how my current genres of choice right now (MMOs, Racing, First Persons Shooters) weren't well represented by the Nintendo Switch I'll be limited to this holiday season. And then Bhagpuss reminded me that cell phones exist.

While the desktop MMO space has been pretty lacking lately, the genre is booming on mobile platforms. Bhagpuss points out that our particular MMO blogsphere doesn't give the time of day to these titles, but it's easy to see why. Just like my post yesterday about Halo Reach on the PC,  it's difficult to move from a more comfortable input setup to a less comfortable one. (I'm ignoring the riddled-with-microtransactions reputation mobile games have earned. After all, many desktop MMOs aren't much better in that regard.)

But my three year old Pixel has a lot of meat left on these bones. Actually, I suspect it's still more powerful than the hardware in a Switch. Black Desert Online is something that's sat in my Steam backlog for a while now. It goes on sale every holiday for a couple of book and at some point I chucked it into the pile. I never got around to playing it as other MMOs just grabbed my attention more. I feel like we have 10 different MMOs all with the same art style and they blend together in my head. I think I've confused Black Desert and Blade & Soul for years.


But while BDO may not stand out to me in the desktop space, mobile-wise its looking more enticing. It's competitors right now are DC Universe Online on the Switch and Everquest 2 on my aging, mid-range laptop. Both may get a fair shake at some point but it's almost New Year's, let's try a new experience.

Firstly, I kinda hate how these types of games update. They can't just use the Play store like a normal app, you have to actually open the game and then sit through a multi-gigabyte update. And if we're being honest, by the time that's done, my time in the bathroom is done. But BDO had a Flappy Bird-esque minigame to keep us occupied while we wait. That's really cool. Less cool is the 30 second, ear-screechingly loud trailer that loops over top of it. Could have done without that.

Character creation looks good. It seems the classes are gender locked, which always seems to be a point of frustration in reviews. Doesn't matter a ton to me, but it is here. I will say that I was actually able to make a reasonable handsome male in the character creator. I think this is the first time I've been able to make a dude in a Korean MMO that didn't look like a tool. Nonetheless, I decided to play a Valkyrie which is obviously gender locked to women. It seems to be a bit of a jack-of-all-trades Paladin type and that's what I'm feeling right now. I guess technically she's a jill-of-all-trades.

Bhagpuss is right, good lord this is a busy UI. 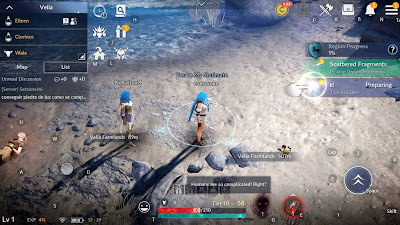 I'm playing on the standard Pixel and not the Pixel XL with it's larger screen size. I'm beginning to see why people might opt for the bigger screen. This reminds me of playing Flight Simulator 95. 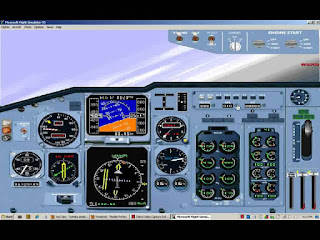 Another thing I hate is when I'm bombarded in the starting experience with other events. I've just gained consciousness and Santa Claus is hounding me about BD's Christmas event. Let me get my coffee first old man.

Same thing with a barrage of 'rewards' and check-ins. At least give me a couple of days before filling my inventory with stuff I don't understand to do things I can't yet do.

Actual gameplay seems so far to just be tapping or clicking. The quest text itself will auto-move your character to objectives. Combat seems to be using abilities on a rotation that we all know. Switching to other targets is also automatic, you just keep hitting the combat abilities and it'll pick out a target for you. Even gear upgrades are shown on your screen as soon as you get them. Simply click the flashing icon to switch the gear over.

Ironically, I found BDM to be a bit more compelling when played on my desktop in an emulator than on my actual phone. The gameplay is just a bit too simplistic to hold my full attention. But when I'm multitasking, like say, writing this blog post, folding the laundry, and playing a bit here and there on my other monitor? That feels more compelling.

So while I doubt I'll find much time for BDM over my holiday, I'm genuinely excited to dedicate a monitor to it. I genuinely had no idea Android emulation had come such a long way. When I had tried this exact things years ago it was very laggy and few games played nicely with a controller or mouse/keyboard.

But this could be a promising turn of events, even if it's not in the way the developer's intended.